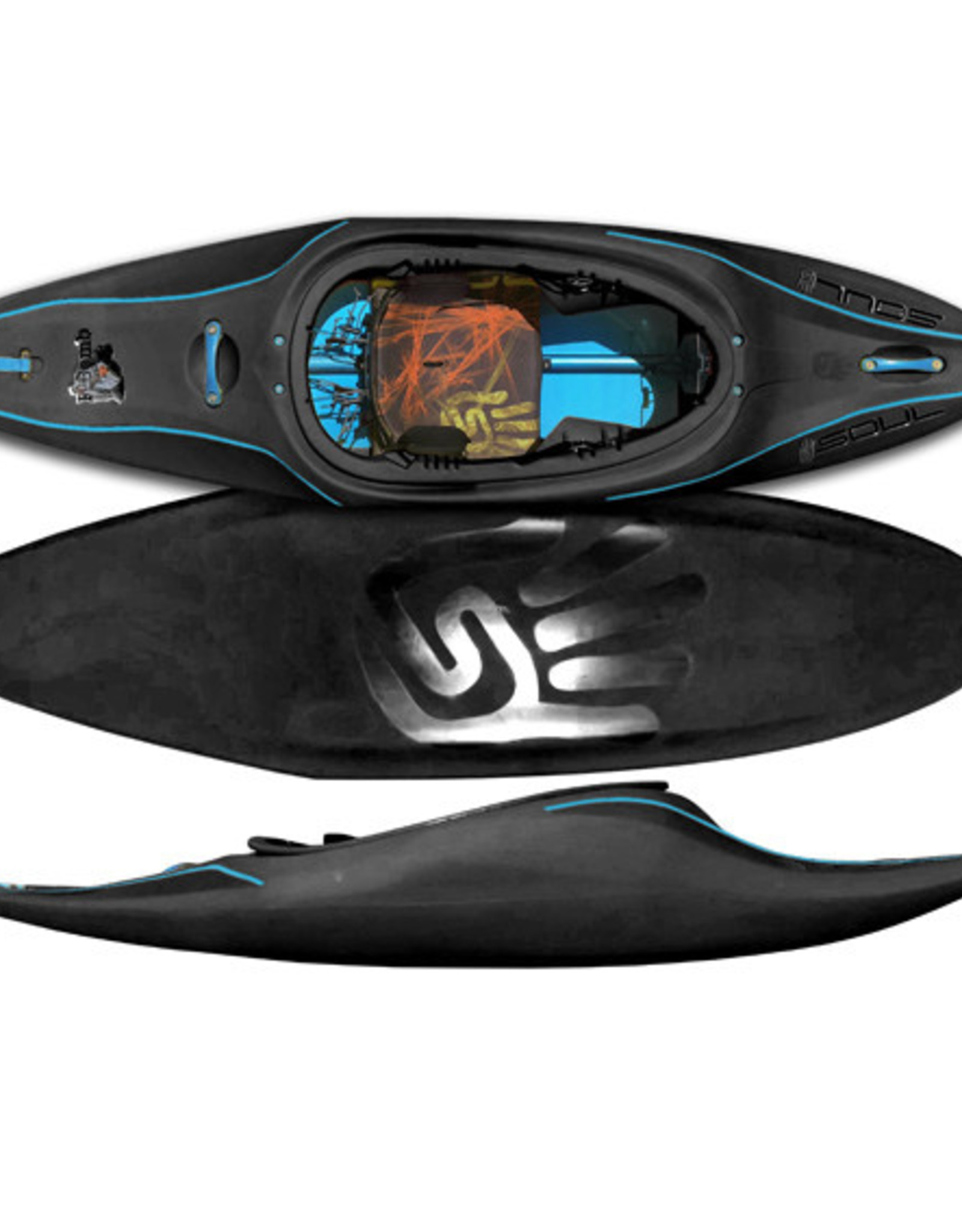 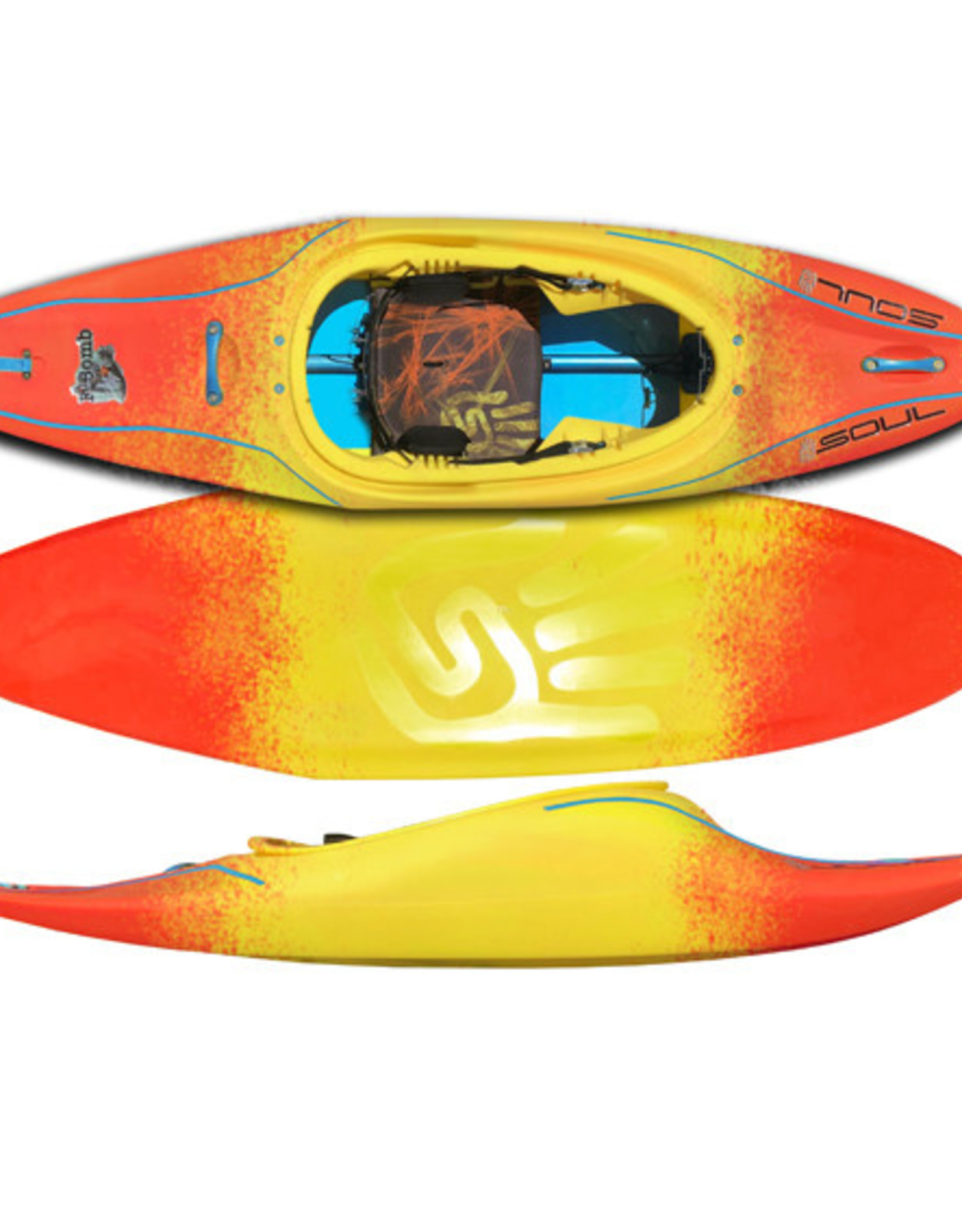 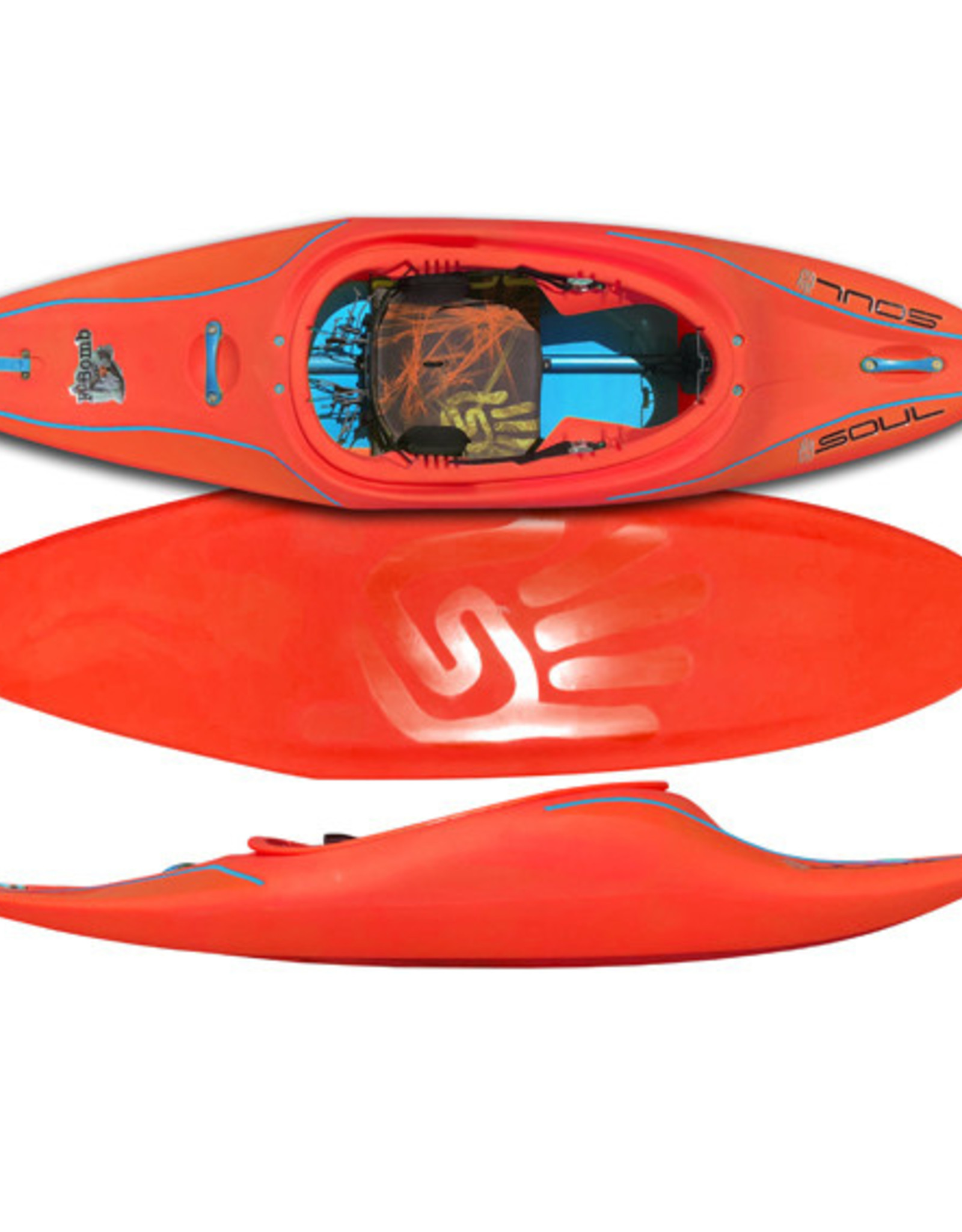 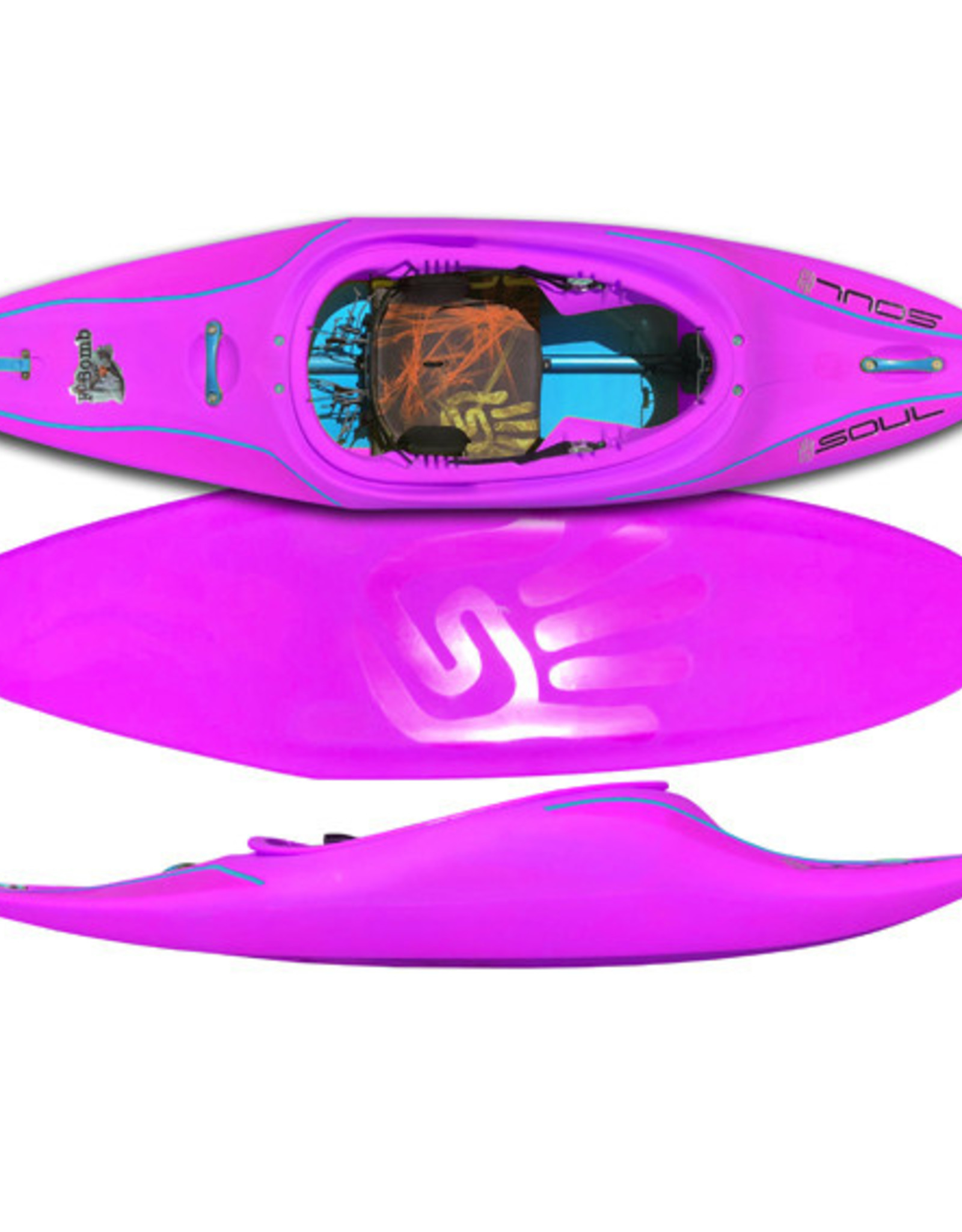 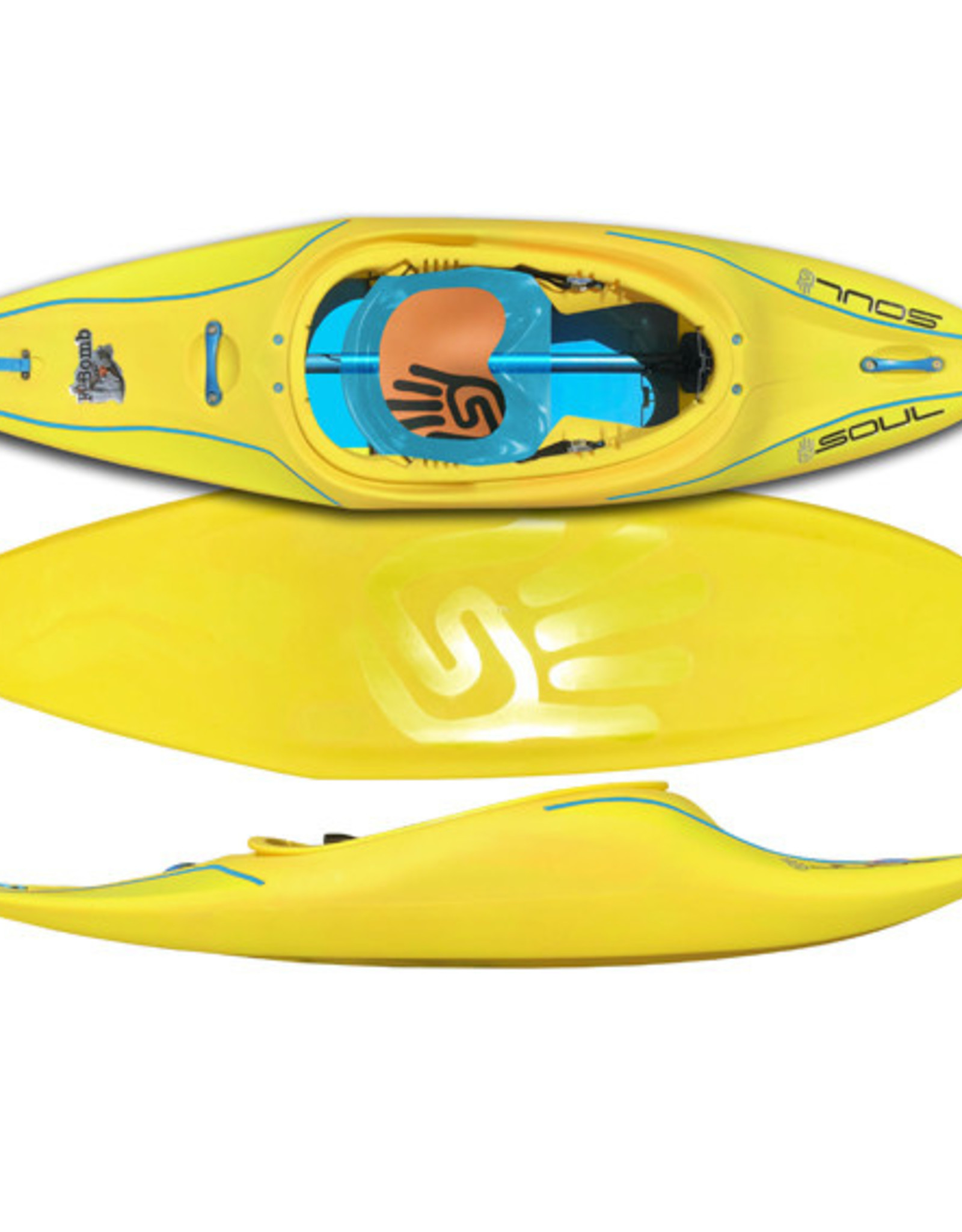 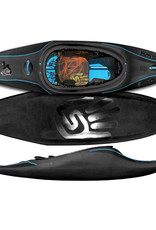 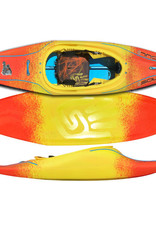 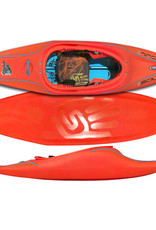 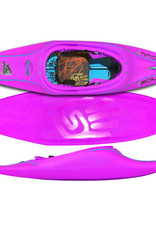 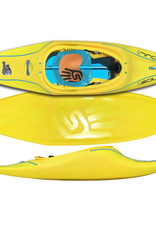 The F Bomb is not an old design however. It's completely new. Modern rockers, modern rails, modern outline and outfitting. It's a modern take on an old way of paddling; better in every way than the past, but similar in style.

The F Bomb has enough length to make it pleasurable to paddle about the river, and can actually get from one place to the next, catch waves on the fly, and generally move about the river, but is still small enough to throw it around at will.

The F Bomb fits perfectly between the Main Squeeze and the 303 in paddling style, completing our "river playboat" lineup