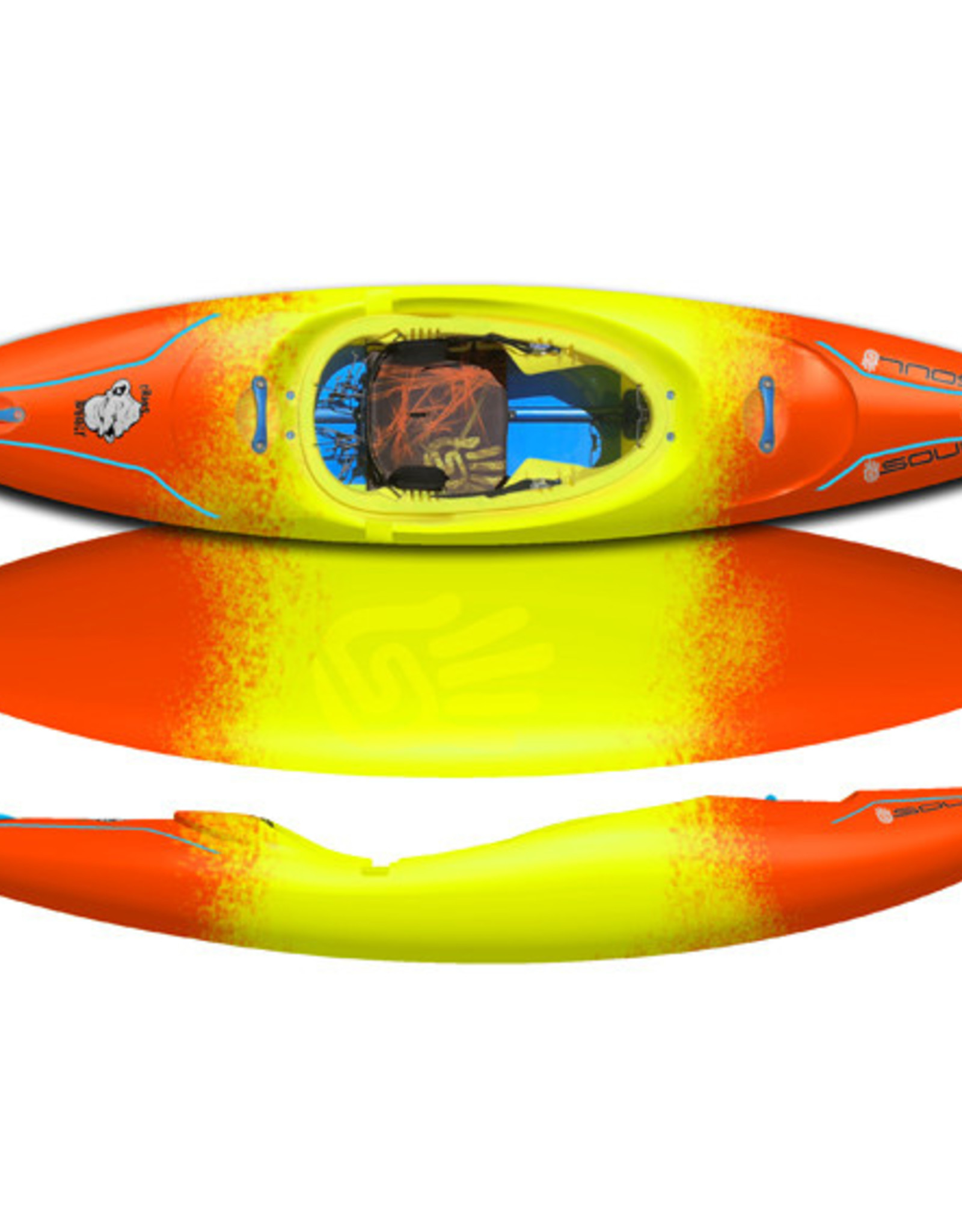 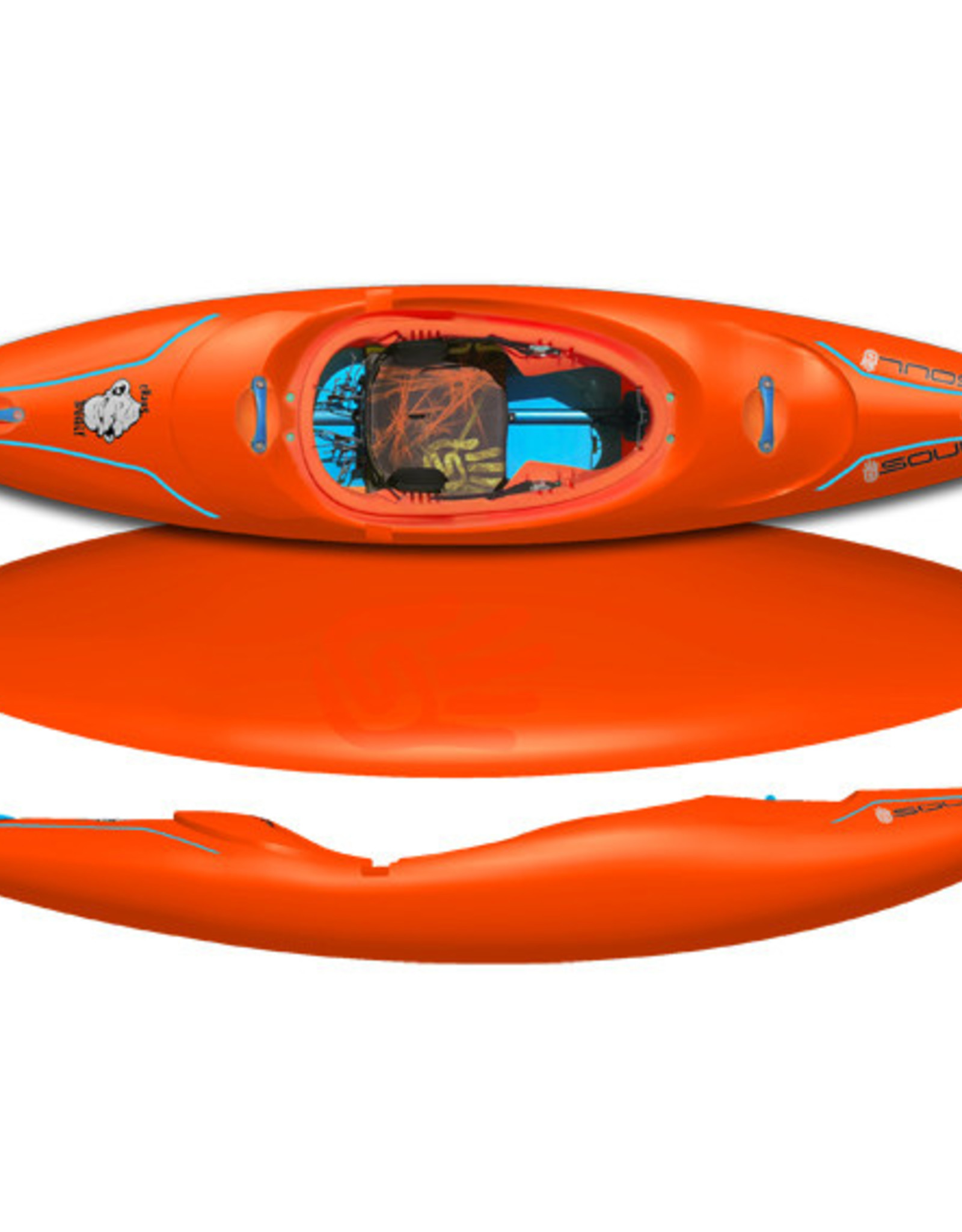 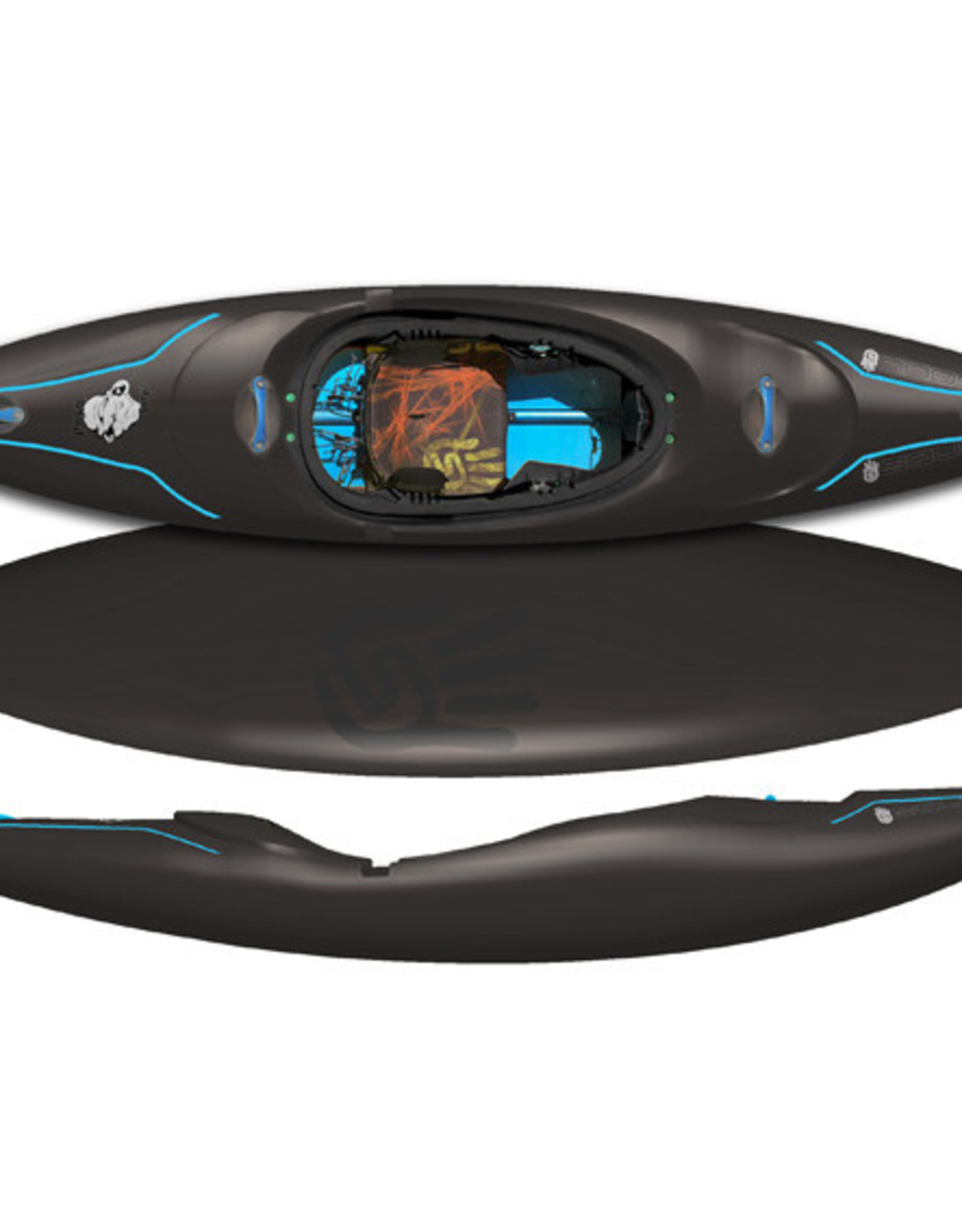 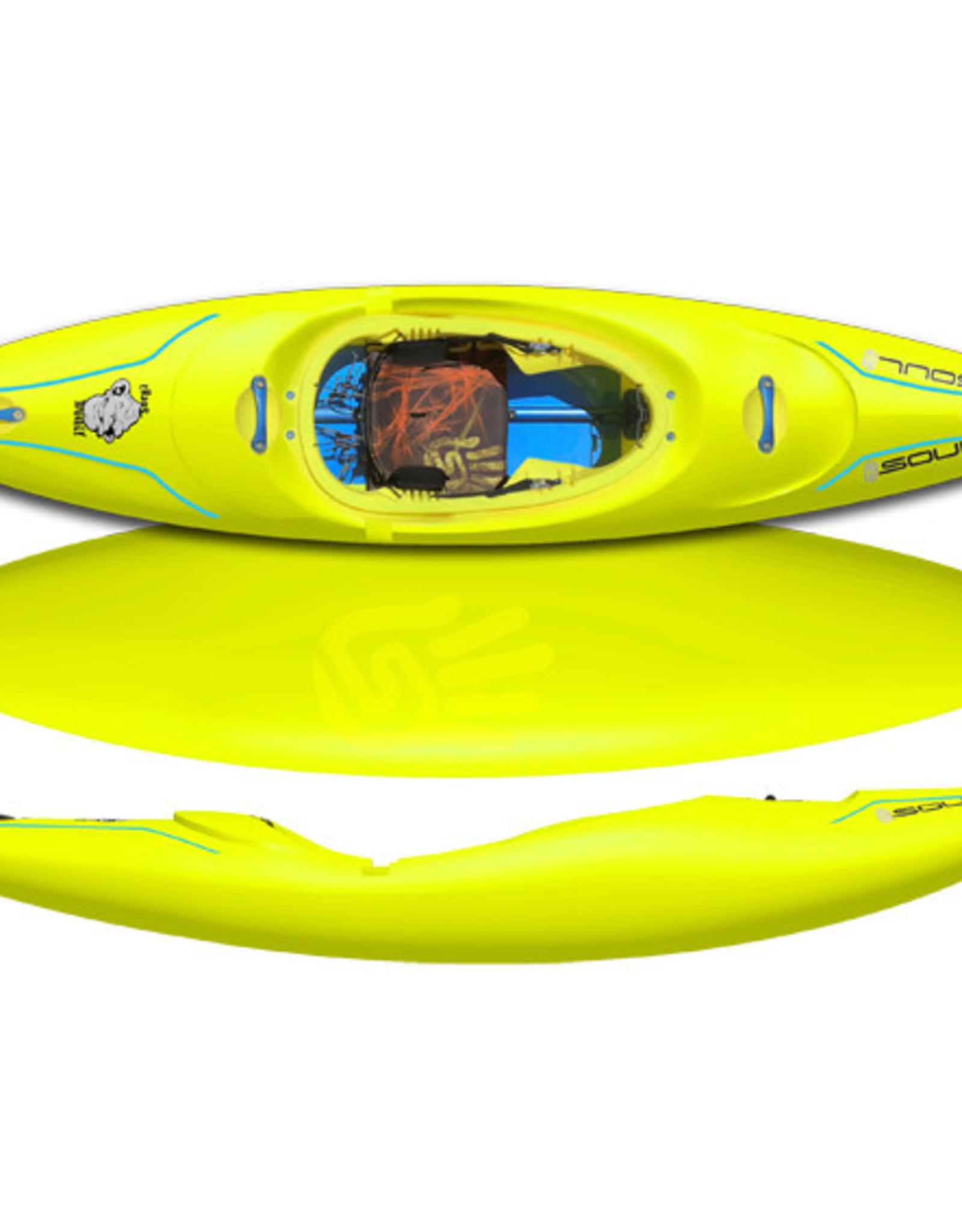 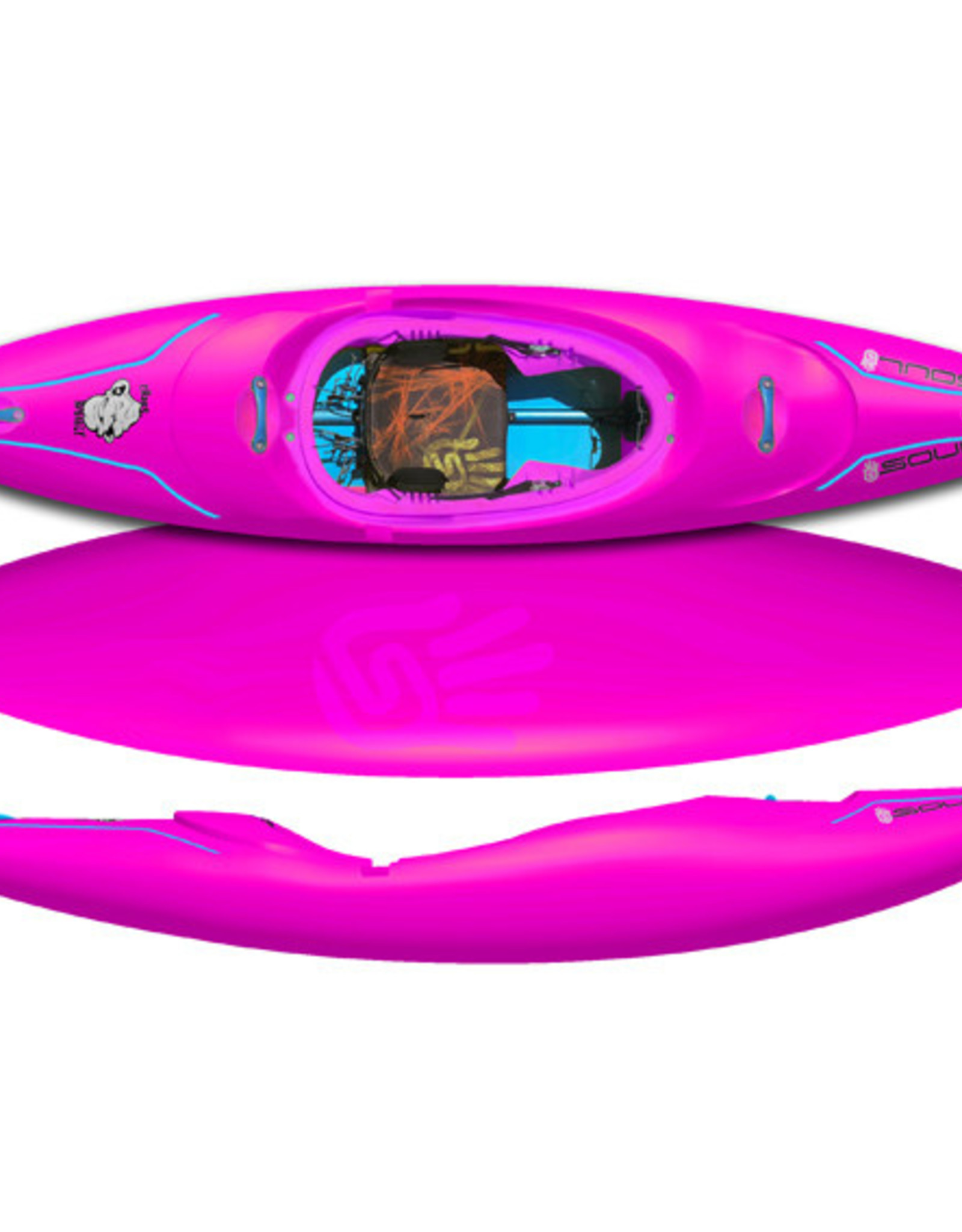 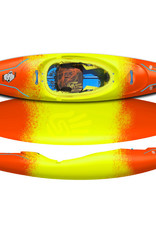 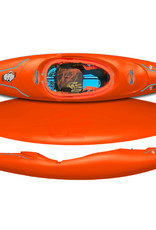 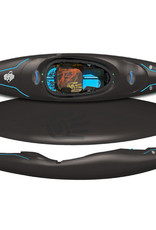 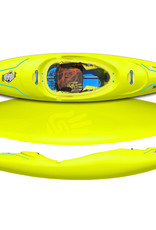 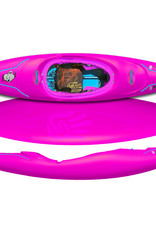 If you're that guy that just wants to plug a whole bunch of really gnarly stuff, this is your boat. This is you, making sense of the chaos out there.  Most of the volume is centered around the paddler, and we have complimented this with a number of unique design features that really help in keeping this magical boat on the surface, and driving forward.

Taking what we have learned from our ultra fast extreme racer, the Sucker Punch, we’ve built a peaked “cathedral” deck into the first half of the boat and last half of the stern decks. While the extreme nose rocker (the highest and most progressive out there) rides this boat high and dry, there are simply some drops you can’t skip over the top (or in large waterfalls, don't want to).

Combined with the “Plug Fluffer”, an inspired design innovation that breaks the surface tension of the water on the bow deck, releasing it for rapid resurfacing, and the “Trunk Junk” behind you, that catches flow exiting the base of the drop propelling you forwards and away, this cathedral deck makes “plugged” drops almost feel like you skipped over them.

The hull of this boat is graceful in its lines and sweep. It’s designed to flow with the water, not fight it. In just two strokes you'll accelerate to cruising speed, and that's all you need to make this boat function. It turns on a dime both on rail and flat, thanks to the flat hull and rounded forgiving rails. Those same forgiving rails will slip effortlessly across the gnarliest of rocks in a controlled and intended trajectory, while working for you to carve through eddies, or getting out of holes.

This boat will boof just because you were thinking about it, and it wont go careening off in weird directions when you hit funky curlers, or protruding rocks. The Chaos Monkey rolls so fast and fluid you won't miss a beat - kinda nice when you made an itty bitty mistake halfway down something you'd rather be right side up on.